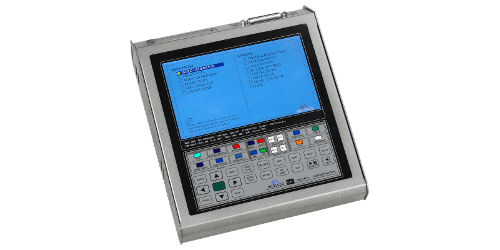 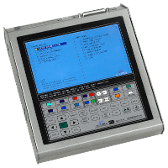 The 8K SEVEN Generator is the next generation in HDMI test and measurement equipment from Murideo. An approved test device for Dolby Vision™ and Dolby Audio™, the 8K SEVEN hosts an unmatched suite of audio and video tests. This device is the GO-TO tool for the video device, display, or repeater manufacturer and the consummate video professional. The impressive video capabilities of the 8K SEVEN include native 10/12 Bit BT2020 video output with over 1000 patterns, including HDR, SDR, Dolby Vision, and HLG. Test patterns are generated from FPGA or raw YUV files for a truly native experience and include video playback. The 8K SEVEN contains the full suite of test patterns from Diversified Video Solutions and many other test patterns and videos from Bill Wetzel, ISF, PVA, Portrait Displays, and Spears & Munsil. This device is the ideal solution for display calibration and evaluation. The test suite allows the user to construct a test signal with any video format and any audio format, then execute a test based on your choice of parameters and allows for reporting. The device has 1.5TB of storage, with reservations for up to 3 minutes of 8K60 4:4:4 video playback so the user can quickly load patterns using the USB 3.0 interface. The 8K SEVEN is also capable of 120 frames per second video playback.   The impeccable performance in video generation is just the beginning. As a test device approved by Dolby Laboratories, Inc., the 8K SEVEN contains advanced audio testing capabilities, including A/V Sync (Lip Sync), Audio Latency, and Dolby Audio. This approved test device for Dolby Audio has all current Dolby Audio streams, including; Dolby Digital, Dolby Digital Plus (w/Dolby Atmos), Dolby MAT (Dolby Atmos), and Dolby True HD (w/ Dolby Atmos). The Audio Suite of tests is available in HDMI Tx, ARC Tx, and eARC Tx. With additional features like tone generation, frequency sweeps, AV Sync measurements, audio latency measurements, this is an audio swiss army knife. The built-in photo-diode sensor and microphone allow you to get real-time sync and latency measurements from HDMI and ARC/eARC.   Enjoy complete control, speed, and versatility with simple haptic controls from the front keypad with precise results on the large 7” HD Screen. Management is even more accessible in the lab with the internally hosted Web Interface when connected to a local area network. Technicians can update IP and device addresses so multiple units can be in the same place, on the same network, and independently controlled.